Doesn't Know Their Own Birthday 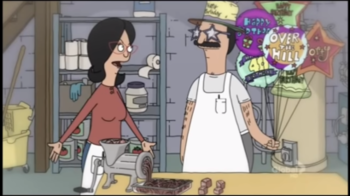 "Today's my birthday?"
Jennings: When's your birthday?
Mark: Oh... I don't got no birthday. At least I don't know when it is.
Jennings: How old are you?
Mark: I don't know. Maybe eight or nine. Something like that.
— They Cage The Animals At Night

Maybe they grew up an orphan, maybe they have amnesia, or maybe they just grew up in a society that doesn't celebrate the day someone is born. Either way, this character doesn't have a birthday. This usually comes as a shock to their peers.

Oftentimes, the character will be assigned a birthday based on an important date in their life. It may not be their real birthday but the idea is still the same. Sometimes, their friends, being shocked that they have Never Had a Birthday Party, will also throw them a party.