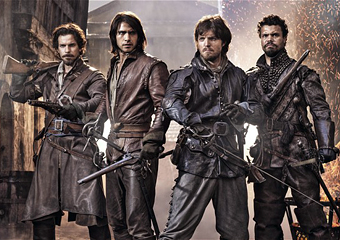 The Musketeers is a television series from the BBC, loosely based on the classic novel The Three Musketeers by Alexandre Dumas. Similar to previous BBC shows Robin Hood and Merlin, it is not a direct adaptation of the original storyline but uses the characters and setting for various adventures.

The first series began airing in January 2014 and that February the show was renewed for a second series,

but without Capaldi who took on the role of the Doctor on Doctor Who. The second series began airing in January 2015, and the show was renewed for a third