Literature / They Cage The Animals At Night 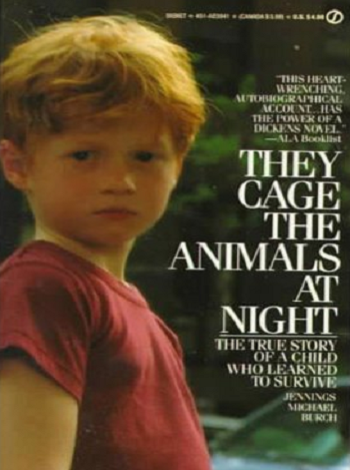 They Cage The Animals At Night is a 1984 autobiographical novel by Jennings Michael Burch. It tells of his experience at an orphanage, and later foster homes, in the late 1940s and early 1950s.
Advertisement:

Jennings' mother was forced to give him up for several years due to health issues. Jennings was not told of this and didn't know he was being left in an orphanage until after he was already put in the orphanage. She told him that she'd be "right back," but that wasn't true. Jennings shuffled around from foster home to foster home, some experiences good and some horrifying, until he was reunited with his family.