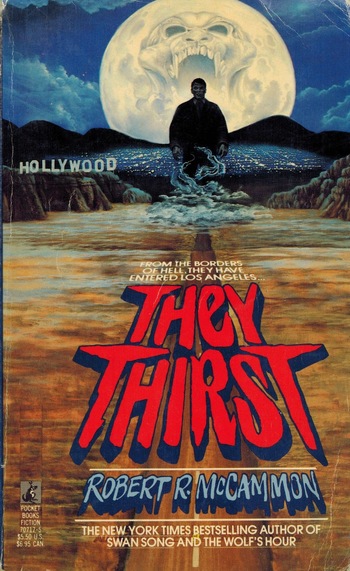 They Thirst is a horror novel, published in 1981 by Robert R. McCammon. The story follows a group of people in Los Angeles who are called by "dark forces."

The novel includes examples of: