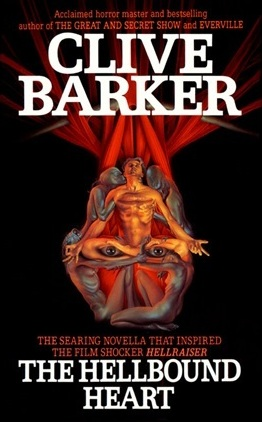 The Hellbound Heart is a novella by Clive Barker. As the story that first introduced the world to the Cenobites, it naturally contains plenty of Body Horror and fetish material.

This was the book that Clive himself adapted and directed into Hellraiser, which launched the entire Hellraiser franchise. Clive wrote a sequel novel, The Scarlet Gospels, in 2015.

The original novella provides examples of: