Literature / Loskutik And The Cloud 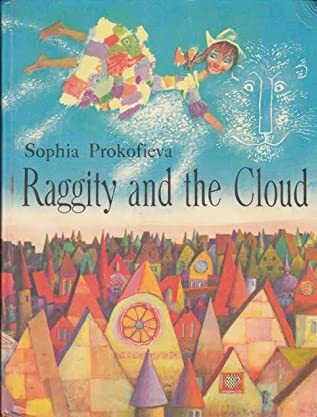 Loskutik and the Cloud (Лоскутик и облако, Loskutik i oblako; English title Raggity and the Cloud) is a 1972 fairy tale by Sofia Prokofieva, with a 1977 animated adaptation.

Loskutik (from Russian loskut, rag) is an orphaned girl living as a servant to abusive shopkeepers. Moreover, it's only half of her problems: the entire country is suffering from an eternal drought, thanks to the fact that the king has somehow stolen all the water for himself and only hands it out in limited quantities for a good deal of money.

However, Loskutik's life changes when one day she finds a weakened, exhausted Cloud on her windowsill. What starts as her plan to help the Cloud get to their friend, a toad from the royal palace, and the Cloud's idea to find her a better place after the shopkeepers kick her out, eventually spirals into a mission to return water to the land. They get help from Barbatsutsa, the intimidating royal cook, Vermilyon, an impoverished painter, and Soot (Sazha), a chimney-sweep boy.

Loskutik and the Cloud contains examples of:

The animated adaptation contains examples of: