Film / Against the Wall 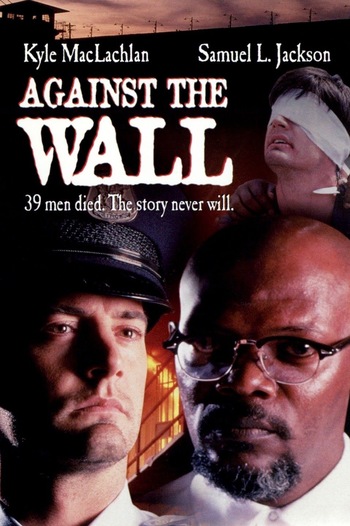 Against the Wall is a 1994 HBO TV movie dramatizing the events of the Attica Prison riot directed by John Frankenheimer and starring Samuel L. Jackson, Kyle MacLachlan, Frederic Forrest, Anne Heche, Harry Dean Stanton, Philip Bosco, Clarence Williams III, and Tom Bower. The film takes place from the perspective of rookie prison guard Michael Smith (MacLachlan) who is held hostage during the riot, and prisoner Jamal X. (Jackson), one of the ringleaders behind the riot.