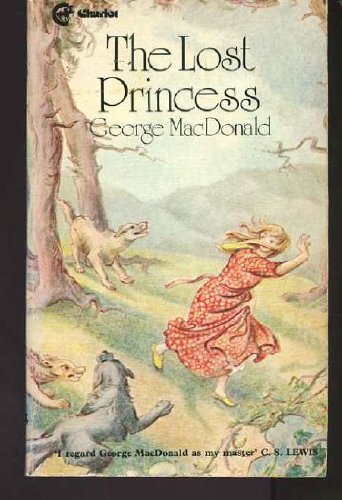 The Lost Princess: A Double Story' (originally published under the title The Wise Woman: A Parable) is a fairy tale novel written in 1875 by George MacDonald.

The story concerns two little girls born on the same day under very different circumstances: Princess Rosamond is born in a palace to a king and queen, while Agnes is born in a croft in the countryside to a common shepherd and his wife. Both girls, however, are equally spoiled, Rosamond through overindulgence, Agnes by being overly praised.

Both girls are stolen away by a mysterious Wise Woman, who takes them to live in her magical cottage hidden deep in the forest, where she teaches them the valuable lessons of discipline and self-restraint. One of them gets better. The other one is worse than even the Wise Woman could possibly imagine.

Not to be confused with The Lost Princess Of Oz.

The Lost Princess: A Double Story provides examples of the following tropes: