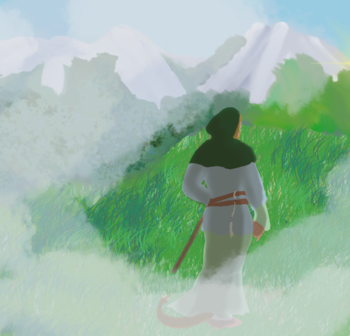 Lords And Lore is the sequel to Lord Of The Mountain. Both fall under Rainy Peaks Mountain Works as the creators Nikki Flynn and Edwin Dantes classify their stories. Lords and Lore focuses on a rotation of characters and it bounces between the past and present. Alaric and Ritana are followed, as is one of Alaric's brothers, Aettus.The story explains what happens over time to the druidic dragons who reside on the mountainside.

Tropes Associated with Lords and Lore