"What is it you want? What is it you truly want? Because you'd better be careful what you ask for. In Neverland wishes are granted in very strange ways." 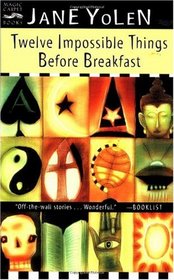 A Young Adult novella-length feminist spin on Peter Pan, featured in the short story anthology Twelve Impossible Things Before Breakfast. It deconstructs the gender roles present in the original Peter Pan with a heavy dose of metaphor.

Darla is a girl who is upset at the chauvinistic undertones of the original Peter Pan. She dreams that Peter Pan spirits her away to Neverland and discovers that the hierarchy of the Lost Boys and Lost Girls is based upon oppression. With forces from both sides opposing her, she does her best to change the way that things have always been done.

Written by Jane Yolen and winner of the 1998 Nebula Award.

If you are looking for the television series, see Lost Girl. It should also not be confused with the graphic novel of the same title by Alan Moore and Melinda Gebbie, which also features Wendy Darling and is also a deconstruction of its source material but is very definitely not intended for a young adult audience.