What Do You Mean, It's Not Didactic? 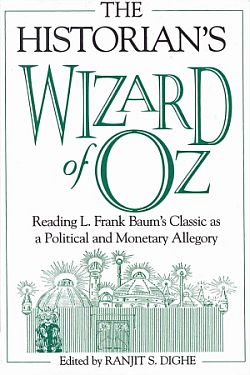 To the literary analyst, all works are ripe for analysis.

Sometimes, this helps you appreciate a work. Sometimes, it doesn't, but it produces insight into the thought process and culture that produced the work. Other times, it's misguided overkill that may even detract from the work's actual merits (unless the reader happens to be another lit nerd looking for a fun Saturday evening with a text they've already read twice). Most of the time, it's just a fun mental exercise and a good way to boost the imagination.

Such an attitude may be expressed in several ways:

You can even get away with missing the point if you're a Really Serious Critic who wants to reveal all sorts of hiding meanings/implications inside a work, whether or not they have anything to do with the actual characters or plot. Goodness forbid that the author(s) wanted you to do so (if what the author wanted matters to the analyst). If it does, though, or even quite as possibly if it does not (at least by general agreement), wait for somebody to point out the Muse Abuse.

High school and college students now write long-winded essays about the philosophical and socio-religious undertones of Harry Potter and Twilight. It gets more relevant when you get into works aimed at even younger audiences, however: most kids under the age of twelve or so aren't going to be terribly philosophical; most of them will enjoy a work simply because it's "funny," or "colorful," or even "interesting." This provides a huge amount of leeway for the producers of children's shows to insert subtle commentaries and promote ideas without the readership (or even themselves) picking up on how they're shaping young minds, so to an extent every work aimed at young children is didactic whether the author intended it or not, increasing as the audience gets younger. This can even open the door to the authors sneaking propagandistic messages into the work, if they are political or philosophical partisans.

Note that having the plot given away becomes less and less of an issue the older the subject is. Most people who haven't read, for example, Moby-Dick will still be familiar with key plot points due to Pop-Cultural Osmosis. See It Was His Sled. Late-Arrival Spoiler can apply in some cases, particularly if the work has been around for a very long while; it can legitimately be very hard to discuss something which has been around for centuries as if this is the first time the audience will ever be hearing of it.

For the opposite of this trope, i.e. preemptive dismissal of all literary or aesthetic analysis, see Moff’s Law.