Literature / The Absolutely True Diary of a Part-Time Indian 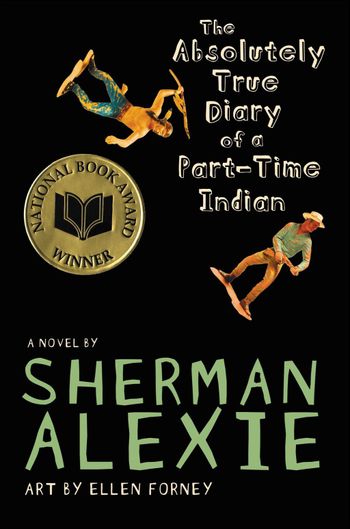 Imagine you're an American Indian. No, not a Noble Savage or Magical Native American. No, imagine you're born with hydrocephaly, ten extra teeth, and you've had glasses since age 3. And you have a lisp and stutter even in high school. Now imagine you go to a white school. And your reservation friends hate you for it. And even there, you're smarter than the teachers.

That is the world of Arnold Spirit Jr. in Sherman Alexie's The Absolutely True Diary of a Part-Time Indian. Though acclaimed and awarded at its release, it has also been frequently banned for its frank depictions of alcohol, bullying, teen sexuality, and profanities.