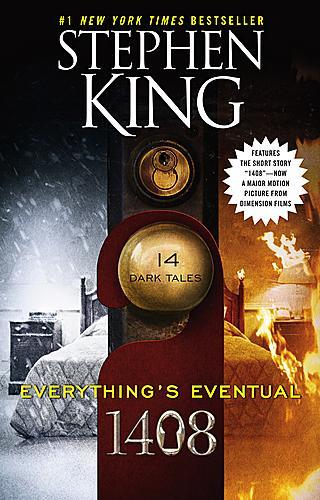 A short story written by Stephen King and an unusual variation on the classic haunted hotel room, 1408 tells the story of Mike Enslin, a professional supernatural investigator/debunker and horror writer who stumbles upon something much worse than a ghost in the titular room 1408 at the Dolphin Hotel in New York City.

The story was included in the Everything's Eventual collection and adapted into a film of the same name.