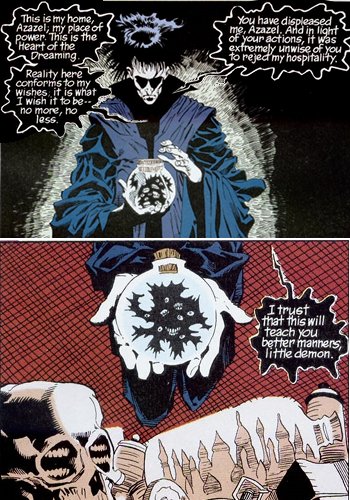 Those with this kind of power have their own little domain — a Pocket Dimension, a Mental World, a section of Cyberspace, or a ritually established area overlapping the normal world — where they have editing rights over the laws of reality.

This is to give a character, possibly a protagonist, a challenge they CAN'T solve with their fists, since the first rule such a Domain Holder usually implements is "Violence doesn't work here, sucker!" There seems to be trade-offs involved in this case, since often, one of the rules is that the Domain Holder is required to fully explain the Rules to his "guests".

Not related to the Real Life concept, which refers to the person or company that owns a website address.