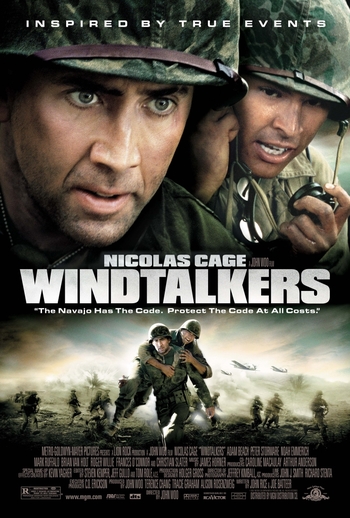 Windtalkers is a 2002 military film directed by John Woo, about the Navajo Code Talkers in the Pacific front of World War II.

Joe Enders (Nicolas Cage) is given the job of protecting a Navajo code talker named Ben (Adam Beach). Because the code must not be broken, Joe's orders are to kill Ben should he fall into enemy hands. The movie mostly follows the Battle of Saipan.