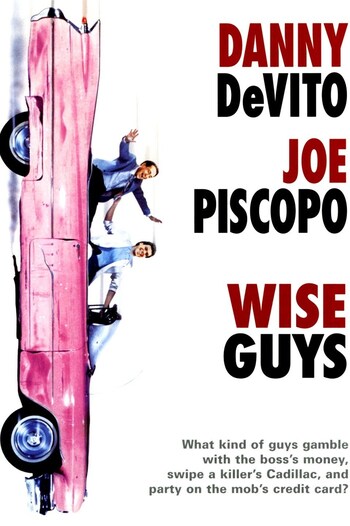 Italian American Harry Valentini (Danny DeVito) and his Jewish friend and next-door neighbor Moe Dickstein (Joe Piscopo) are at the bottom rung of the gang of Newark Mafia boss Anthony Castelo (Dan Hedaya). They are sent to a racetrack to place a bet on Castelo's behalf. Harry changes horses at the last minute because his boss usually bets on the wrong one. However, this time Castelo had fixed the race, meaning that Harry and Moe now owe their boss $250,000. After a night of torture, both are forced to agree to kill each other, with each one made unaware that the other also made a deal.

Not to be confused with the TV series Wiseguy, also about gangsters, although one of that show's stars, Ray Sharkey, also has a prominent role here.