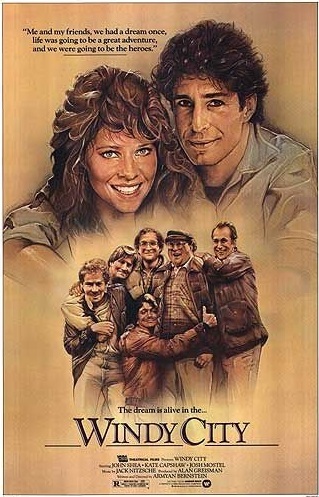 Danny Morgan, a writer living in Chicago, feels his world crashing down around him. His former girlfriend, Emily, is about to get married. His close childhood friend, Sol, has leukemia. Danny reflects on his past relationship with Emily while also trying to give Sol the send-off he deserves by pitching the idea of a sailing trip to their group of friends, due to their childhood fantasies of being adventurers and pirates, even though he finds opposition from his friends on the grounds that they have obligations and they are unable to just take off.

This was the sixth film released by the short lived CBS Theatrical Films, the film production branch of the television network of the same name. The following year, the production company closed its doors, and the film has never been released on DVD.