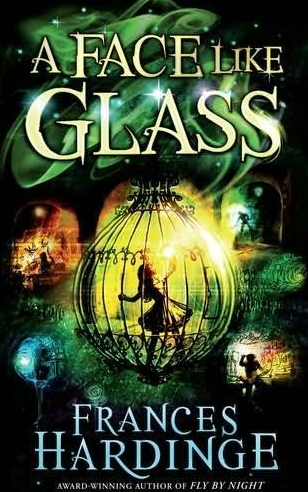 Deep underground, there is a city called Caverna that has retreated under the mountain 500 years ago. It's not your average underground city, though - it's divided between aristocratic houses of craftsmen, who create some of the delicacies that can only be found there, like Wines that can make you forget or remember something, cheeses that convey experience instead of taste or Perfumes that can submit you to the will of their wearer. There's something unusual about the people of Caverna themselves, as well - their faces are unable to convey emotions, so if they want to show - or conceal - what they are thinking and feeling, they have to learn facial expressions the way people learn foreign languages. There are special artisans called Facesmiths that can provide you with such education. It's not free, of course, so the range of one's expressions largely depends on their stand in society.
Advertisement:

Once upon a time, a little girl turned up inside the domain of Grandible the Cheesemaker, who had barred himself from the rest of Caverna. No one, including herself, knew anything about her or where she had come from. There was something about her face that horrified Grandible, and he decided that Caverna is not for the likes of her. He hid the girl, who he called Neverfell, until she was twelve years old. But a string of accidents made Neverfell leave Grandible's domain and threw her into the world of deadly intrigues and even deadlier secrets. If Neverfell wishes to come out of her predicament alive and learn about her past, she has to work hard.

A Face like Glass was published in 2012 and is the fifth book by the British middle-grade author Frances Hardinge.