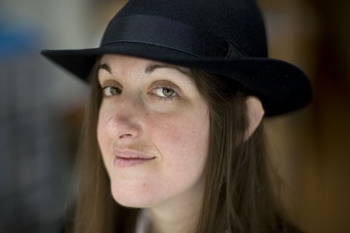 Frances Hardinge is a British writer who debuted with critically acclaimed Fly By Night. It was subsequently followed by Verdigris Deep (Well-Witched in America), Gullstruck Island (The Lost Conspiracy), her debut novel's sequel, Twilight Robbery (Fly Trap), A Face Like Glass, Cuckoo Song (2014), The Lie Tree (2015), A Skinful of Shadows (2017), and Deeplight (2019).

Tropes in Frances Hardinge's Works Include: