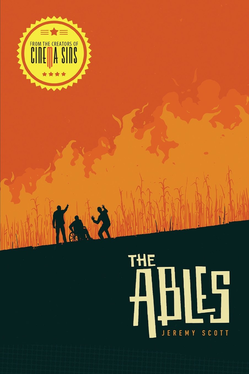 The Ables is a Young Adult novel written by Jeremy Scott, one of the founders of CinemaSins.

Philip Sallinger is blind, and telekinetic. The last part surprises him; his father tells him. Only one problem: no one thinks that Phillip is cut out to be a hero due to his blindness, and the school system puts him in a special needs class for those with powers. Determined to prove his bullies wrong, Phillip forms a hero team within the special needs class, while a mysterious man targets him.