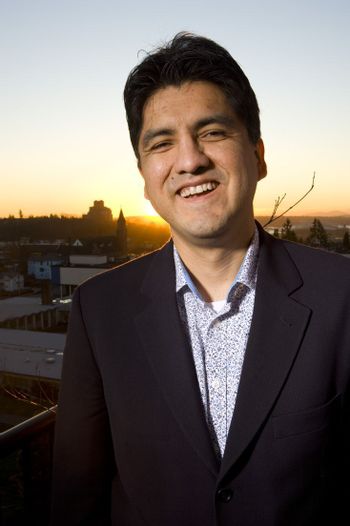 Sherman Joseph Alexie, Jr. (born October 7, 1966) is a Spokane Indian author, whose writings deal with life on the 20th and 21st century 'res (reservation) from the point of view of youth — disenfranchised, often rebelling, always questioning. Born with hydrocephalus, his writing has shown quite a bit of anger, though he deliberately avoids it post-9/11. His most notable works include the award-winning YA book, The Absolutely True Diary of a Part-Time Indian, which contains strong autobiographical themes, and Smoke Signals, a 1998 film that starred Adam Beach and Evan Adams.

Works by Alexie with their own page include:

Other works by Alexie contain examples of: