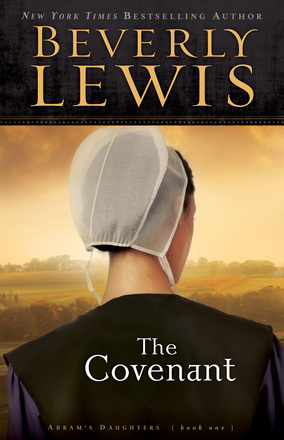 We don't fight, we all play nice - living in an Amish paradise...
Advertisement:

An Amish romance/Christian Fiction series by Beverly Lewis, following young Leah Ebersol and her teenage sisters as they grow up, fall in love, get married (or not), and all the complications thereof.

In Gobbler's Knob, Pennsylvania, sisters Leah and Sadie Ebersol are enjoying their "rumschpringe" – a period when Amish teenagers court and explore the non-Amish world before becoming adult members of their church. Leah hopes to marry one of her second cousins, but her neighbor Gid Peachey carries an unrequited torch for her. Meanwhile Sadie has an affair with an Englischer – the son of a local doctor. All will run into obstacles before they find their happy endings…

In order, the books in the Abram’s Daughters series are: