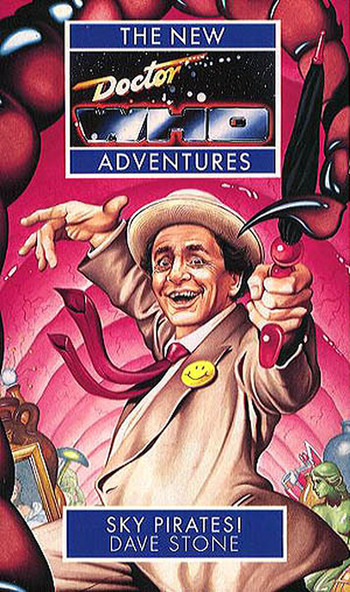 The Doctor and Benny, and new companions Roz and Chris, are getting to know one another when the TARDIS encounters a trap laid by a long-gone enemy of the Time Lords, leaving them scattered and stranded in the System, a pocket universe where reality behaves differently. They fall in with a group of steampunk sky pirates on a quest to locate the legendary Eyes of Schirron, which leads to the truth behind the creation of the System, and an enemy that is not as gone as the Time Lords believed.

The novel is ambiguously comedic: the System runs on Rule of Funny, with inhabitants travelling between implausibly-shaped planets having farcical adventures, but the narrative regularly points out that slapstick mishaps aren't that funny to the people they're actually happening to, and there's something very dark underlying it all.