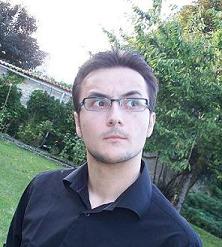 A YouTube and (former) Channel Awesome reviewer. Benzaie is a hyperactive French retro gamer with a self-deprecating sense of humor who hosts "Games That You Might Don't Know but That are Still Pretty Damn Sweet", a look back at obscure old games, mostly for the Sega Saturn and Neo-Geo. He has a pet / sidekick / roommate / son / brother / lover, Beary Bear, and a tongue-in-cheek rivalry with TGWTG member That Dude in the Suede. Also hosts FAQ You, Hard Corner, and Heavy Metal Package, as well as his Benzaie's Top Five segment. His GameFap and Let's Fap shows are hosted by one of his other characters, Master Bate.

Mostly does videos in French these days with a revamped version of Hard Corner, this time taking place in a game store.