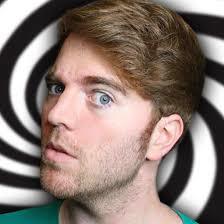 , though he has a second channel that hasn't been touched in years.

He rose to prominence making sketch comedy videos with off-color humor, where he played both fictionalised versions of himself and an assortment of strange, mentally ill characters, many of whom were inspired by people he knew. His content evolved throughout the 2010s, however, with his following notably increasing along the way, peaking with him being a magnet to YouTube's "Trending" page with new videos regularly gaining tens of millions of views in short times.

Initial phases included trying out Internet tips and hacks as well as discussing scary real-life stories and conspiracy theories. In the late 2010s, his content shifted to making multi-part documentary-style series initially about fun/paranormal experiences with his friends before covering pressing matters of YouTube culture, including Tana Mongeau's failed convention TanaCon and the lives of controversial creators such as Jeffree Star and Jake Paul.

He also starred in the horror movie Smiley with several other YouTube stars, and appeared in numerous episodes of YouTubers React. Dawson also directed and starred in a number of short films alongside a feature film, Not Cool, the making of which was documented on The Chair (2014).

He would end up garnering repeated waves of criticism during the mid-to-late 2010s for the edgy, shock-value humor he built his early content on, with a long series of questionable comments and behavior going alongside it, alongside his involvement in several cases of YouTube drama. This culminated in June 2020 when public backlash from both the content and the drama reached an all-time high, resulting in large subscriber losses, call-outs from celebrities, terminations of brand partnerships, and indefinite suspension of all video monetization in what many considered to be the end of his YouTube career.

After this situation, his Internet presence was relegated to semi-regular social media posts and occasional appearances in the content of his fiancé, Ryland Adams