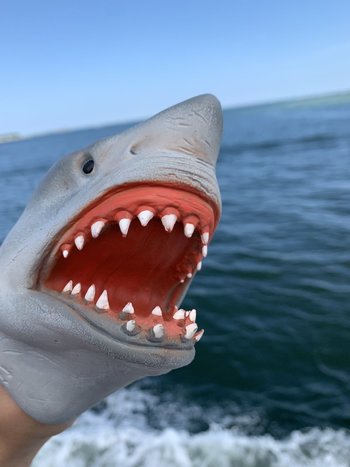 The Shark Puppet is a series of TikTok, YouTube and Twitter videos featuring a shark hand puppet being involved in various scenarios, from trying different foods, going to the moon, celebrating holidays and meeting characters from other franchises. Shark Puppet also has a career as a rapper and has made three music videos as of 2020.

The Shark Puppet contains examples of: