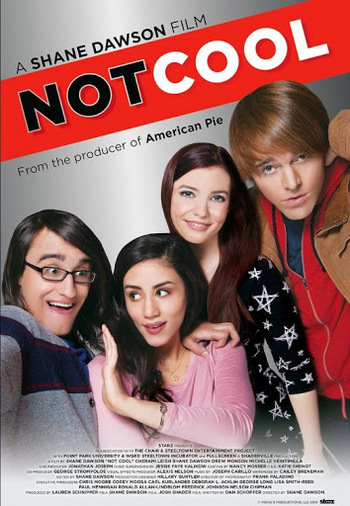 A 2014 romantic comedy film directed by and starring Shane Dawson. In Pittsburgh, Pennsylvania, a group of high school friends reunite during a Thanksgiving break from their college classes. Former prom king and college freshman Scott, played by Dawson, is dumped by his eccentric, hyperactive girlfriend Heather, and strikes an unlikely friendship with Tori, a misanthropic, pessimistic former bullying victim who was initially cold towards him. Though as the two warm up to each other and embark on some wacky antics, their relationship starts to turn into something deeper.

The process of this movie being made was documented on the Set Behind the Scenes Reality Show The Chair (2014) on Starz, about Shane Dawson as the YouTube star in competition with traditionally trained filmmaker Anna Martemucci to both make a movie from the same script (her version being the much more artistic Hollidaysburg). A great deal of controversy ensued from the nearly unanimous critical rejection of the movie, including executive producer Zachary Quinto removing his name from the credits, which did nothing to stop Dawson's existing YouTube audience from overwhelmingly voting him in as the winner of the contest.