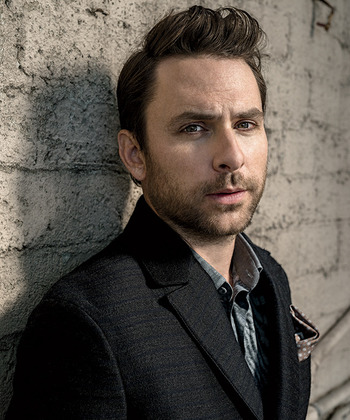 Charles Peckham "Charlie" Day (born February 9, 1976 in New York City, New York) is an American actor, musician, television producer and screenwriter best known for playing Charlie Kelly in It's Always Sunny in Philadelphia, as well as for his roles in the Horrible Bosses, Pacific Rim, and The LEGO Movie film series.

He is married to actress Mary Elizabeth Ellis and they have one child.