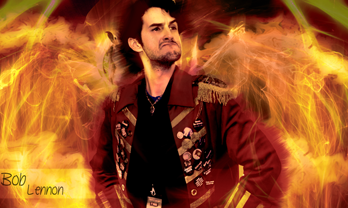 Bob the Pyro, can he burn
the entire map? Yes, he can!
note fanart by LastNex

Worked along with TheFantasio974, another French YouTuber, known for his Minecraft videos; until early May 2018, on their channel: FantaBobGames

Also has a Recap page and a Characters page.