Video Game / The Evil Within 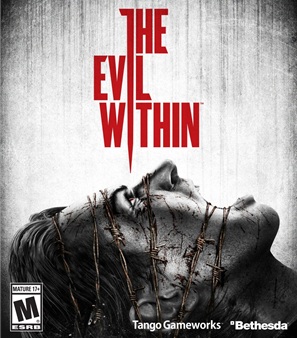 A mind is a terrible thing to lose.

The Evil Within is a 2014 game developed by Tango Gameworks, directed by Shinji Mikami, and published by Bethesda. The game is said to be an attempt to return to Survival Horror.

The story is about a detective, Sebastian Castellanos, who is beginning an investigation of a mass homicide in Beacon Mental Hospital with his partners, Joseph Oda and Juli "Kid" Kidman. After a short venture into the building, the trio view a man on a security tape moving at insane speeds, and are drawn into a reality-altering nightmare.

Three DLCs have been released after the original game: The Assignment, The Consequence, and The Executioner. The final DLC is considered non-canon, but the first two are a genuine expansion on the story. A sequel, The Evil Within 2, was released on October 13th, 2017.

Neither game should be confused for the 2017 Horror Film, The Evil Within.

The Evil Within has the following Tropes:

Ruvik is the main antagonist of The Evil Within, all of the monsters and warped realities a product of his damaged, rage-filled brain.

Ruvik is the main antagonist of The Evil Within, all of the monsters and warped realities a product of his damaged, rage-filled brain.