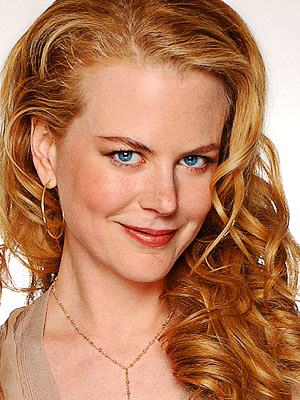 "I think each role takes a little from you and circles around you for the rest of your life. I don't think you ever abandon any of them."
Advertisement:

She is currently one of Hollywood's leading ladies and a frequent portrayer of 'icy-blondes' onscreen, even though she is a natural redhead and a proud Ms. Fanservice.

She had a highly publicized marriage to Tom Cruise from 1990 to 2001 and has two adopted children, Isabella Jane and Connor Anthony, with him. Since 2006, she has been married to the singer Keith Urban with whom she has two daughters named Sunday Rose and Faith Margaret.

Films she has starred in: