Series / Top of the Lake 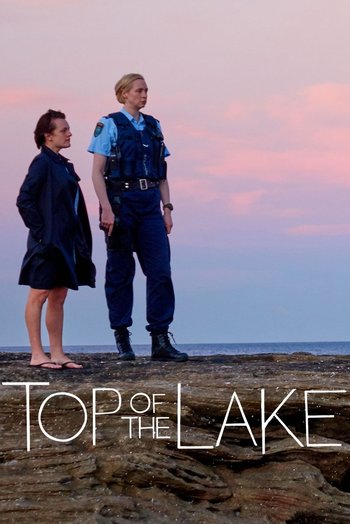 Top of the Lake was a 2013 mystery television series. It was a coproduction between the United Kingdom, Australia, New Zealand, and America.

Lake Top, a small remote town in New Zealand, is shaken up when twelve-year-old Tui Mitcham is found to be pregnant and then disappears. Robin Griffin, a big-city female police officer who grew up in the town and has returned to look after her cancer-stricken mother, is persuaded to investigate. As well as New Zealander male machismo, she runs into a conspiracy of silence and obstruction, which seems to center around Tui's father Matt, who happens to be the local gangster and has the cops in his pocket. Matters are also complicated by the arrival of an eccentric feminist women's commune led by weirdo therapist GJ, and old wounds related to Robin's own gang-rape after a high school prom years before.

A Twin Peaks-like thriller series directed by Jane Campion, and starring, among others Elisabeth Moss, Holly Hunter, and Lucy Lawless.

In 2017 a second season, subtitled Top of the Lake: China Girl, was released. This season has Robin, still suffering the emotional wounds of the Lake Top case, working for the Sydney police force and investigating the death of a woman whose body washed up on Bondi Beach inside a suitcase, while attempting to build a relationship with the teenage daughter she gave up as a baby for adoption.