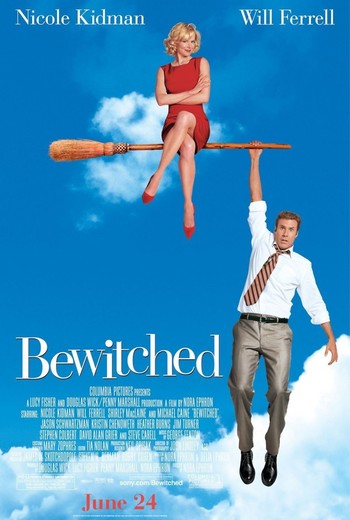 The Film of the Series... sort of.

Directed and co-written by Nora Ephron, this 2005 comedy is about the filming of a remake of the series Bewitched. It stars Will Ferrell as Jack Wyatt, the actor playing Darrin on the show, and Nicole Kidman as Isabel Bigelow, who plays Samantha. The twist: Isabel not only plays a witch in the Show Within a Show, but is secretly a real witch In-Universe.

All sorts of postmodern Hilarity Ensues, as does romance.