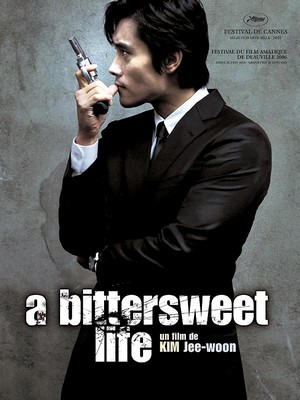 "You can do a hundred things right, but it takes only one mistake to destroy everything."

A Bittersweet Life is a 2005 South-Korean Revenge movie directed and written by Kim Ji-Woon (I Saw the Devil, The Good, the Bad, the Weird) starring Lee Byung-Hun as Sun-woo, a high-ranking enforcer for a powerful Korean mobster who goes through hell after disobeying one of his boss' orders. Being Mr. Kang's most loyal employee, Sun-woo is assigned with the task of watching over the former's young mistress, whom is suspected of being involved with another man. But Sun-Woo finds himself incapable of following the order of killing the two lovers after the suspicions are proven right, starting a war with his former crime family.