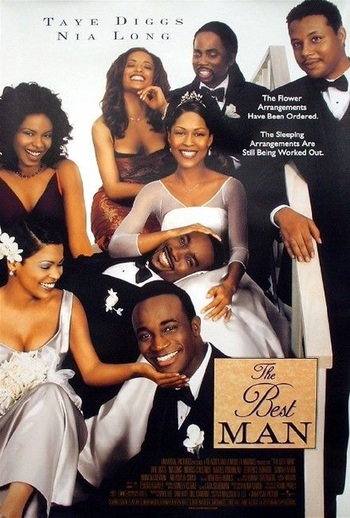 Up-and-coming author Harper Stewart (Diggs) travels to Los Angeles for a wedding and is forced to deal with the fallout once his friends start to recognize themselves in his thinly-veiled autobiographical novel. A sequel, The Best Man Holiday, was released in 2013.

No relation to the 1964 political drama starring Henry Fonda, or the Gore Vidal play from which it was adapted.