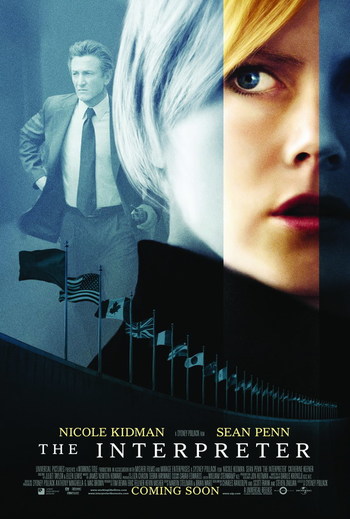 A United Nations Interpreter, Silvia Broome (Kidman) returned late one evening to her work station and overhears a plot to assassinate the leader of her home country. Fearing for her safety a Secret Service Agent in Foreign Dignitary Protection (Penn) is assigned to investigate and keep an eye on her. The movie was the first ever movie to be filmed inside the United Nations including the chambers of the U.N. Security Council.

This was the final film Pollack directed (though Made of Honor, made three years later, was his last film an actor).