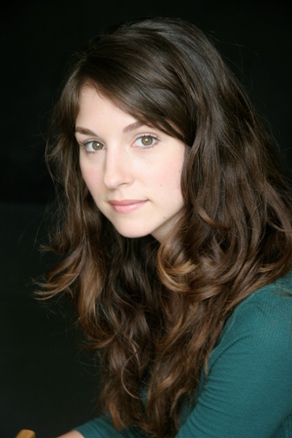 Jessica Boone (born May 14, 1984 in Houston, Texas) is an American voice-over actress with ADV Films, who began her career working out of Texas. She is often in anime involving Chris Patton and Luci Christian, the other two leads from Princess Tutu. Her most notable roles include Rue, Chiyo Mihama, Nayuki Minase, Azmaria Hendric and Mary Godwin. In her first role outside of ADV Films, Boone appeared in Mushishi at Funimation Studios.

She was also heavily involved in stage acting in the greater Houston area working with The Unheard Voices, Nova Arts Project, The Children's Theatre Festival, The Houston Shakespeare Festival and The Alley Theatre. Her last voice acting roles were in NEEDLESS, Canaan, and Highschool of the Dead. Now that she is splitting her time between living in the United States and the Czech Republic, she has pretty much retired from voice acting due to her current involvement with the Prague Shakespeare company

. However, she still appears in certain television and web series roles from time to time whenever she gets a chance to do so in Texas.

, though she rarely uses it nowadays.