Film / Into the Blue 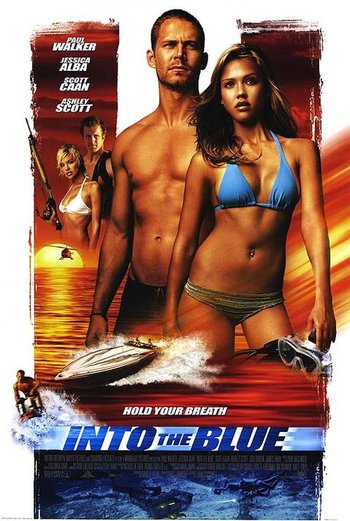 Every treasure has its price.
Advertisement:

Into the Blue is a 2005 action thriller directed by John Stockwell, starring Jessica Alba and Paul Walker.

The film centers around two lovers, Sam (Alba) and Jared (Walker), who live in the Bahamas. With Jared's pal (Scott Caan) and his ladyfriend (Ashley Scott) they go looking for sunken treasure and find a plane that crashed in the ocean; said plane has lots of drugs on board which some very nasty types want...

...but that's not really point of the movie, which is that the cast, especially Jessica Alba, are visually appealing people, and seeing them in swimwear in a tropical paradise is a balm for the drudgery of normal life. That's how to make a movie that gets a good return on investment.

Followed by an In Name Only Direct-to-DVD sequel in 2009.