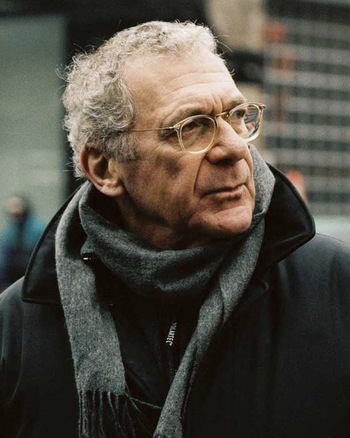 Sydney Irwin Pollack (July 1, 1934 – May 26, 2008) was an Academy Award-winning American director, producer, and actor, known for his appearances in multiple films and television shows and directorial work from the early 1970s through the mid-2000s.

Born and raised in Indiana, Pollack moved to New York after graduating from high school and started his career in 1952 at the Neighborhood Playhouse, where he learned acting from noted playwright and actor Sanford Meisner. He later became Meisner's assistant at the Playhouse, and was eventually approached by his friend John Frankenheimer to visit Los Angeles and try his hand at directing.

From there, Pollack began directing episodes of several television shows, including Alfred Hitchcock Presents and The Fugitive. He eventually made the jump to feature films, beginning with The Slender Thread in 1965. Four years later he received his first Oscar nomination for They Shoot Horses, Don't They?, and he continued with a string of box-office successes through the '70s, including Jeremiah Johnson, The Way We Were, The Yakuza, and The Electric Horseman.

Pollack's 1982 film Tootsie (which he both directed and costarred in) received an Oscar nomination, and was famous for its on/off-screen arguments between himself and Dustin Hoffman. Pollack would receive two Academy Awards four years later for Out of Africa.

He spent most of his later career acting as an executive producer for several films throughout the 90s and 2000s, and his last major film role was playing Marty Bach in Michael Clayton (which he also produced). He also appeared in many guest roles during this time, including stints on Will & Grace, King of the Hill and The Sopranos, and hosted The Essentials on Turner Classic Movies for a couple of years.

Tropes embodied by Pollack and his work include: