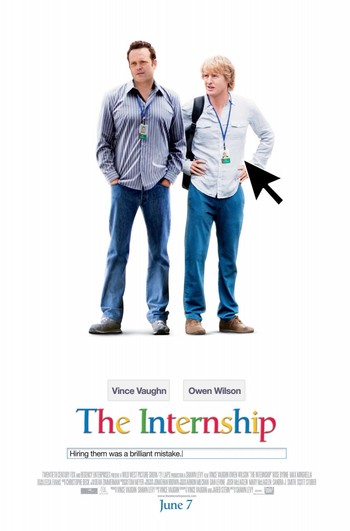 There is some Product Placement here, but damned if I know what it is.
Advertisement:

Billy McMahon (Vaughn) and Nick Campbell (Wilson) are two employees of a firm that can't seem to embrace the technological changes the firm is going through and are aptly told by their boss that they're literally obsolete, and subsequently fired. However, Billy discovers that an internship at the headquarters of Google is available, and manages to land the duo a spot. Unfortunately they end up competing with hundreds of the world's best and brightest for the positions, and with their obvious lack of digital savvy... Hilarity Ensues.

The Internship provides examples of: