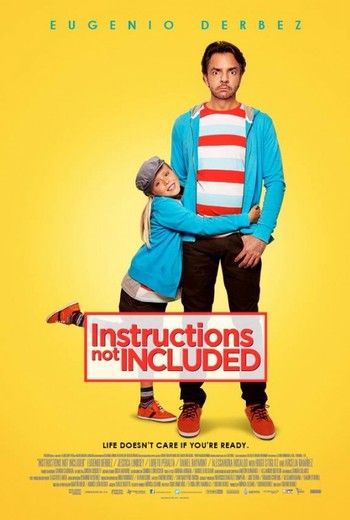 Instructions Not Included is a 2013 Mexican comedy-drama film that was co-written, directed by, and starring Eugenio Derbez. It was released on August 30, 2013.

Derbez plays Valentin, a seemingly fearless playboy living in Acapulco who encounters a former fling who leaves him with a child whom she claims is his daughter. While trying to give the baby back to her mother, Valentin ends up going to Los Angeles, becomes a Hollywood stuntman, and spends the next six years raising the child while not fully grasping the concept of fatherhood.