Film / I Dream In Another Language 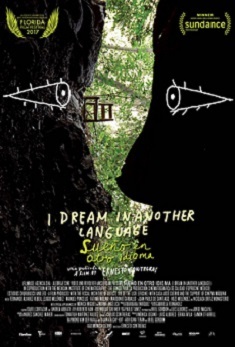 From Sundance award-winning director Ernesto Contreras comes the tragic tale of a dying tongue, the remnants of its culture, and most of all, the human connection.

It ain’t always easy being a translator, but who said it could be this hard? One fateful afternoon, a linguist named Martín arrives in a rural Mexican village, where the last three speakers of the once-thriving Zikril tongue live. One of those speakers, Jacinta, guides him to a sacred place in the deep wilderness; she tells him that Zikril is not just a way for people to talk to one another, but also a way to connect with the world’s animals. From that point on, the well-being of this mysterious language becomes Martín’s highest priority.

But come the next morning, Jacinta passes on. The remaining two speakers of the language, Isauro and Evaristo, have been at odds with each other for fifty years. In spite of the major challenge their relationship poses, Martín is determined to keep the memory of Zikril alive no matter what. The real question is, will his dedication pay off?

Flaviana and Martín approach the mouth of a cave in the jungle, attempting to communicate with the recently-deceased Jacinta
Flaviana: Can you hear [the spirits]?
Martín: It’s the river from last night.
Flaviana: It wasn’t a river, it was them. When a Zikril dies, they all come out to get him and bring him here.
Martín: Are all the Zikril inside?
Flaviana: Yes, in an eternal celebration. They call it "The Enchantment."
Martín: Are they alive? (Tries to enter the cave)
Flaviana: No, no, no. Only the Zikril can enter.