Film / I Don't Feel at Home in This World Anymore 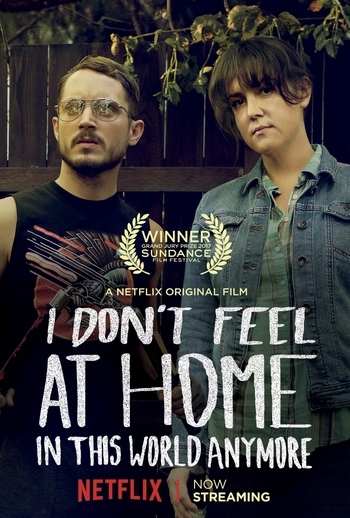 I Don't Feel at Home in This World Anymore is a dark comedy/crime thiller written and directed by indie actor Macon Blair in his directorial debut. The film stars Melanie Lynskey and Elijah Wood as Ruth and Tony, two loners who decide to strike back at the general indecency of the world after Ruth's home is burglarized.

The film premiered on Netflix in February, 2017.