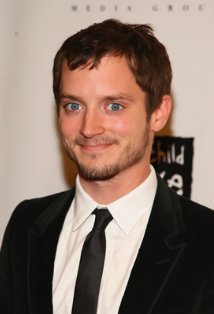 "As much as my primary vocation is that of an actor, if anything, I feel like I am more excited about filmmaking in general, so it's not always a specific role that I'm attracted to, but rather an entire piece that I want to be a part of."
Advertisement:

He's had a strong career as a child actor (even appearing alongside another well-known child actor, Macaulay Culkin), and averted issues with aging out of his audience by transitioning to teenage and later young adult roles. His landmark role was the hobbit Frodo Baggins in the live-action The Lord of the Rings trilogy directed by Peter Jackson. He also starred in the American version of Wilfred.

He's also known for being something of an entrepreneur, founding both a record label called Simian Records, and an indie horror company called SpectreVision, known for producing films such as A Girl Walks Home Alone at Night and Mandy.