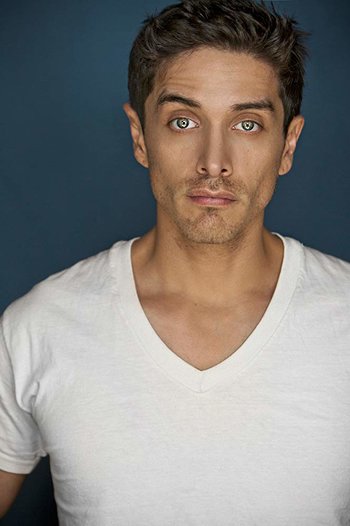 Look out, here comes the Spider-Man!
"I'm sure [Stan Lee] told this to all the Peter Parkers, but he told me he was his favorite."
Advertisement:

Joshua Luis Weiner (born February 8, 1979), known by his stage name Josh Keaton, is an American actor and voice actor. He's probably best known as the voice of Spider-Man in The Spectacular Spider-Man animated series and other mediums as well. In the eyes of many fans, he is to Spider-Man what Kevin Conroy is to Batman.