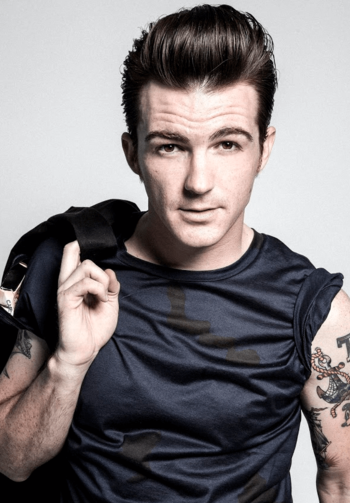 Jared Drake Bell (born June 27, 1986) is an American actor and musician, who first got stated on The Amanda Show before becoming best known for playing Drake Parker in Nickelodeon's Drake & Josh. He has also starred in a few films such as Yours, Mine, And Ours, Superhero Movie, College, and the three live action The Fairly OddParents movies where he played a 23-year old Timmy Turner. Bell later went on to voice Spider-Man in Ultimate Spider-Man along with various other Marvel cartoons.

Not to be confused with rapper Drake, although he has

◊ joked about it often

In 2021, he was arrested and "charged with attempted endangering children and disseminating matter harmful to juveniles."

and was sentenced to two years probation. The victim also alleged sexual assault from Bell on two separate occasions, to which he denies those claims and maintains his innocence.