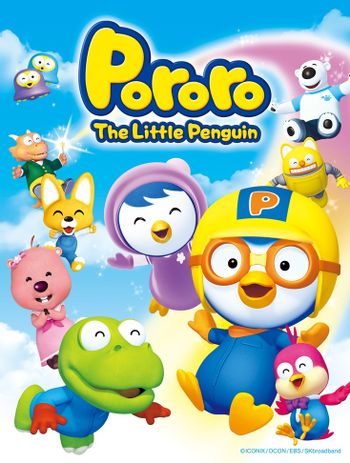 The principal cast since Season 3.

Pororo The Little Penguin is a wildly popular animated series from Korea.

The series revolves around the adventures of Pororo and his friends who live in the snowy village of Porong Porong Forest, who often encounter challenges and learn practical and moral lessons in each episode.