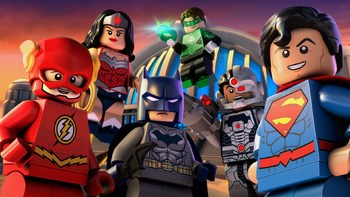 In a world where the impossible is possible, there comes a time where a lone hero ain't enough to push back an evil too strong. Therefore, it's time to unite all of Earth's Greatest Heroes into one team. They are the Justice League. Superman, Batman, Wonder Woman and many more. These are their stories.

LEGO DC Comic Super Heroes are a series of animated Direct to Video films based on the popular LEGO toys and DC Comics.