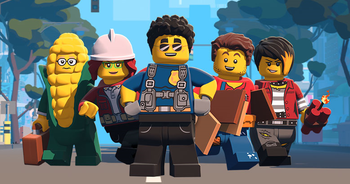 Lego City Adventures is an American-Danish computer-animated animated television series produced by The Lego Group. It premiered on Nickelodeon in the United States on June 22, 2019, making it the second Lego series on the channel, following 2010's Lego Hero Factory.