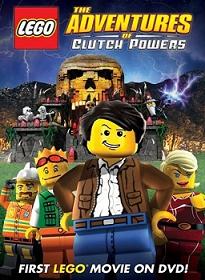 "We build on each other."
Advertisement:

From Universal Pictures home video, LEGO: The Adventures of Clutch Powers is the LEGO Group's first feature-length animated movie besides the four BIONICLE movies, and the first to feature the classic LEGO minifigs living in a world made of LEGO bricks.

The plot of the movie deals with Clutch Powers, the best LEGO Explorer in the universe. He is assigned a team, to his chagrin, to investigate a possible prison break on another planet. It turns out three evil prisoners (the ONLY prisoners, as a matter of fact) have escaped, and are now wreaking havoc. While Clutch wants to pursue 'Omega', believing the villain to have information as to the whereabouts of his missing father, he and his team are instead assigned to the medieval world of Ashlar.

There, they must stop Mallock the Malign, an evil wizard who was defeated and imprisoned by the now-deceased king. He has now returned and seeks the Golden Sword which was used to defeat him before. To make matters worse, Prince Varen, the king's son, is inexperienced in battle and can't wield the sword properly. Thus, it falls to our heroes to train the prince and defeat Mallock.

But how can they do that when they can't work together themselves?

Not to be confused with The LEGO Movie, the company's first theatrical release with a Hollywood budget.